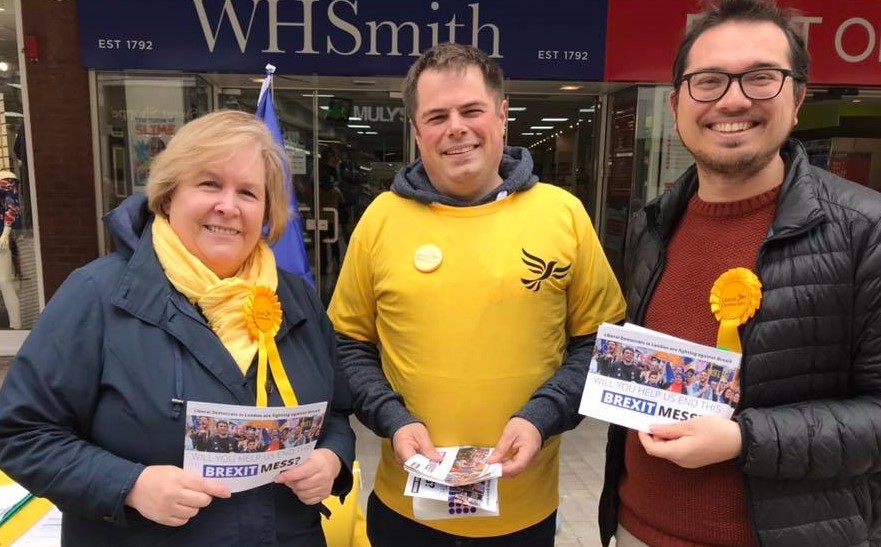 I grew up in West Wickham just yards from the Croydon Central constituency and now live on Wellesley Road in the centre of Croydon having moved back to the area in 2014. Having studied chemistry and been a research scientist for six years, I now work in pharma manufacturing and travel to factories across Europe to improve the manufacturing processes of life-saving medicines. In my spare time, I am often to be found in the kitchen cooking up meals for friends and family, and am a keen walker, having recently completed the Ridgeway and White Peak Way long distance paths.

For too long, the people of Croydon have been stuck with the same two parties offering the same old solutions both locally and nationally. It is abundantly clear to me that both parties are offering more Brexit chaos, more inaction on the climate emergency and more misguided policies, poorly executed, to ensure our streets stay safe and that everyone in Croydon can find an affordable place to live. If I elected I will demand better for the people of Croydon.

I am a firm believer in unlocking communities' potential to address the challenges they face, rather than power being hoarded centrally by politicians and decisions being imposed on communities. If elected, I will be a voice for the residents of Croydon Central - I will bring a relentless positive attitude and creative solutions to make sure that local residents are properly represented, and do my best to fight for our wonderful melting pot of a community to make sure that Croydon feels the benefit of having a Liberal Democrat MP.

Published and promoted by Tomas
Howard-Jones on behalf of Simon Sprague (Liberal Democrats), both at 48 Cedar Rd, Croydon, CR0 6UD.