Government cuts of over £600 million to the Met Police budget have devastated community policing in Coulsdon. Due to police station closures championed by Kenley councillor and Tory London Assembly Member Steve O'Connell, the Safer Neighbourhood Team is now based in Addington, vastly reducing the amount of time are able to spend within the ward. Reported crime in Old Coulsdon has increased 25% since 2015, including a 82% increase in vehicle crime. With many of these reported crimes now not investigated due to lack of resources, criminals are now beginning to see our community as a 'soft target'. 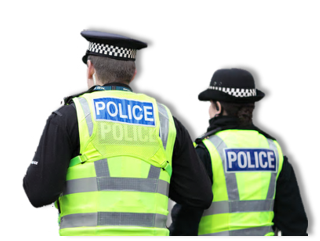 Without any dedicated transport the Safer Neighbourhood Team are often required to take a bus from Addington for 'non-emergency' incidents, greatly increasing response times. In addition they are now unable to patrol after 8pm, allowing criminals to operate freely at night. In order to deliver further cuts of £400 million by 2020, the police in Croydon, Bromley and Sutton are being merged. This will further pull already stretched resources into the town centres and away from communities like Old Coulsdon. We believe that our community police should be within the community.

Please back our campaign:

We the undersigned support Richard Howard and Gill Hickson in calling for greater resources for community policing within Old Coulsdon. This includes a local patrol base and a vehicle for our Safer Neighbourhood Team and the ability to conduct patrols in the evenings and at night.