Croydon residents getting behind campaign to rethink Brexit 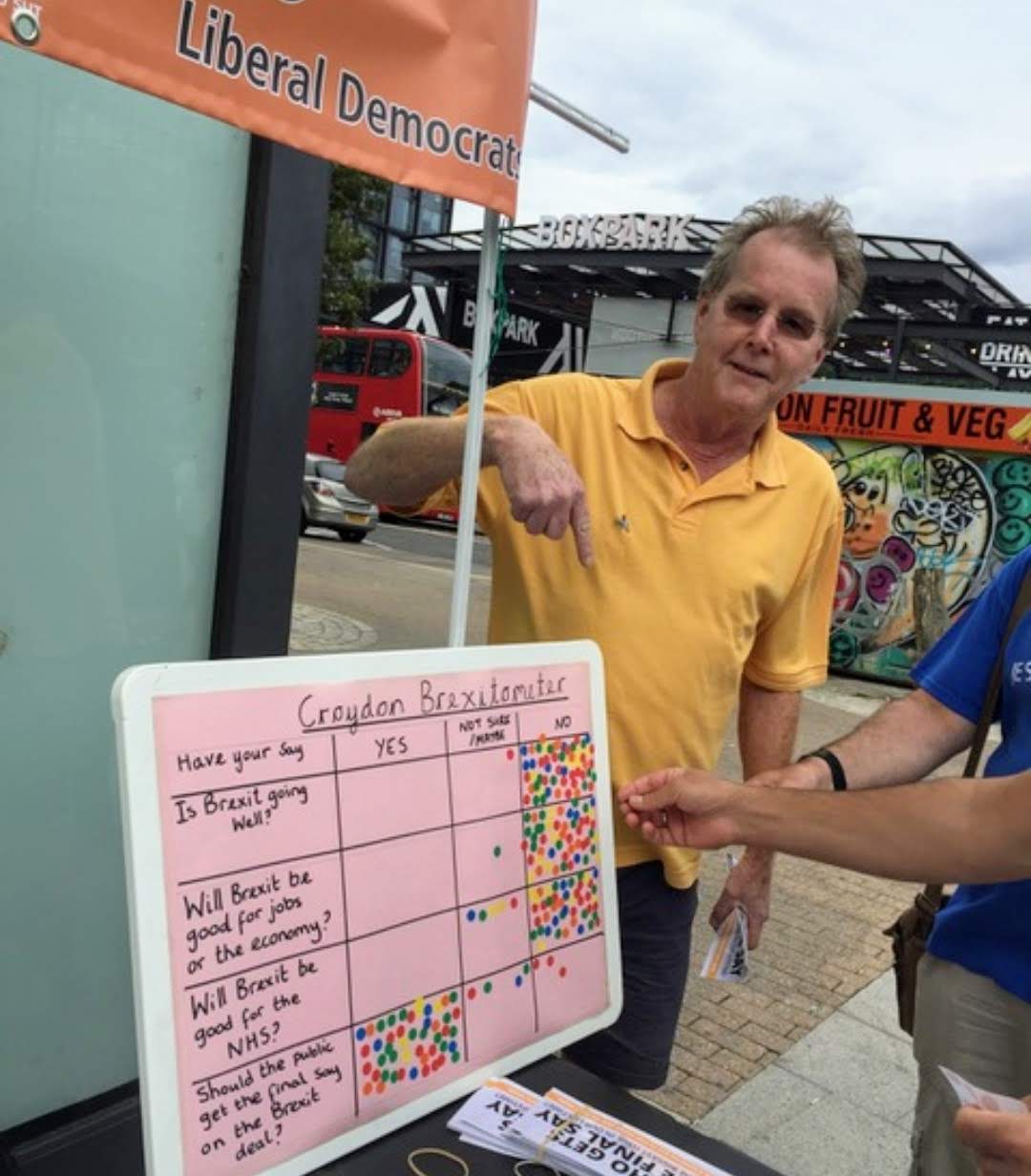 It's clear that Croydon residents are far from satisfied by the way the Brexit process is being handled by the Tories.

An overwhelming majority of passers-by in Croydon last Saturday thought that Brexit would be bad for the economy and bad for the NHS, and that the public should get the final say on any Brexit deal (or no deal!). You can see some of that support on our 'Brexitometer' in the picture above.

The Liberal Democrats strongly believe that Britain is at its best when we are a leading, tolerant and outward-looking nation that view our continental neighbours as allies and partners, and our relationship with Europe as being closely linked with jobs, prosperity and our public services. That is why we are campaigning for an Exit from Brexit.

If you feel the same way as our many local members, supporters and the passers-by at our Croydon street stall, sign our petition to the three Croydon MPs asking them to use their inluence to prevent a disasterous no-deal Brexit.