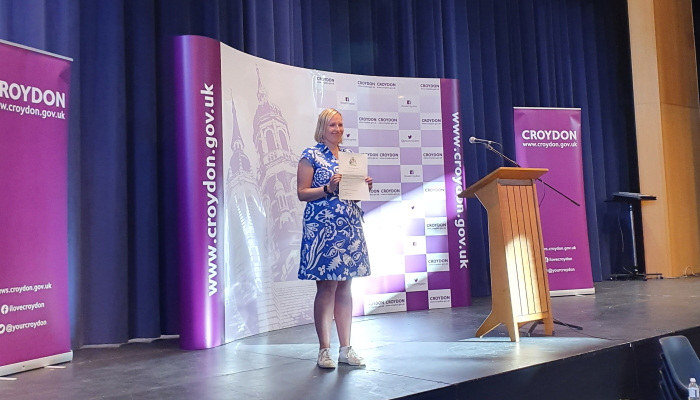 Voters in Croydon have backed the Liberal Democrats in last week's council elections, with over 35,000 votes for our candidates across the borough.

We are delighted that residents in Crystal Palace & Upper Norwood have elected hard working local champion Claire Bonham as a ward councillor, the first Lib Dem elected to Croydon Council in 20 years.

Lib Dems were only just pipped at the post for a second council seat in Old Coulsdon too on the strength of an enormous 24% swing. We have also emerged as the second-placed party in Coulsdon Town, Kenley, Purley & Woodcote, Purley Oaks & Riddlesdown and Sanderstead, and increased our vote share with 5% swings in Addiscombe East, Addiscombe West, Shirley North and Woodside.

The results in Croydon were reflected in a stellar night for the party nationally too, with over 220 new Lib Dem councillors elected across England, Scotland and Wales.

“I am delighted to have been elected as the first ever Liberal Democrat councillor for Crystal Palace & Upper Norwood. This is a historic victory and I would like to thank all those who supported me, as well as my incredible running mates Steve Penketh & Costel Petre. Lib Dem Gill Hickson also ran a very strong campaign in Old Coulsdon, missing out by just 179 votes and I pay tribute to her efforts.

"Richard Howard was an excellent mayoral candidate for the Lib Dems, receiving over 10% of first preference votes, making a real impact with residents at hustings across the borough.

"I also congratulate the new Mayor, Jason Perry, on his victory and wish him well. The challenges facing our borough are daunting, requiring a fresh approach and new open style of decision making which has been sorely lacking in Croydon in the last few years.

“This is a huge and seismic win for the Lib Dems and I am so grateful to everyone who put their trust in me - I won't let you down and will do my best for the whole community, whether you voted for me or not.”

You can view all the results of last week's local elections on Croydon Council's 5 May 2022 Election Results webpages.