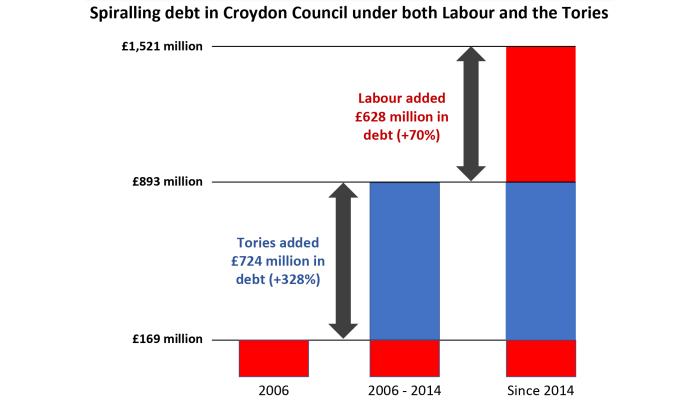 It is us – the residents and businesses of Croydon – who will have to pay for it through increased charges and reduced services.

Electing Lib Dems at every London level will add constructive independent scrutiny & ensure that decisions are taken in the best interest of their local communities’ voices are heard. The Lib Dem’s would scrutinise properly and would work collaboratively to build a better Croydon for everyone and make it the vibrant town it could and should be.

The graph illustrating this article, researched by local Lib Dem campaigners, shows that Labour have added £628 million to Croydon Council's debt mountain since they began running the Council in 2014. However, the Conservatives added £724 million in debt themselves when they rant the council between 2006 and 2014.

The figures for debt are the sum of short term and long term borrowing. The sources for the figures are: