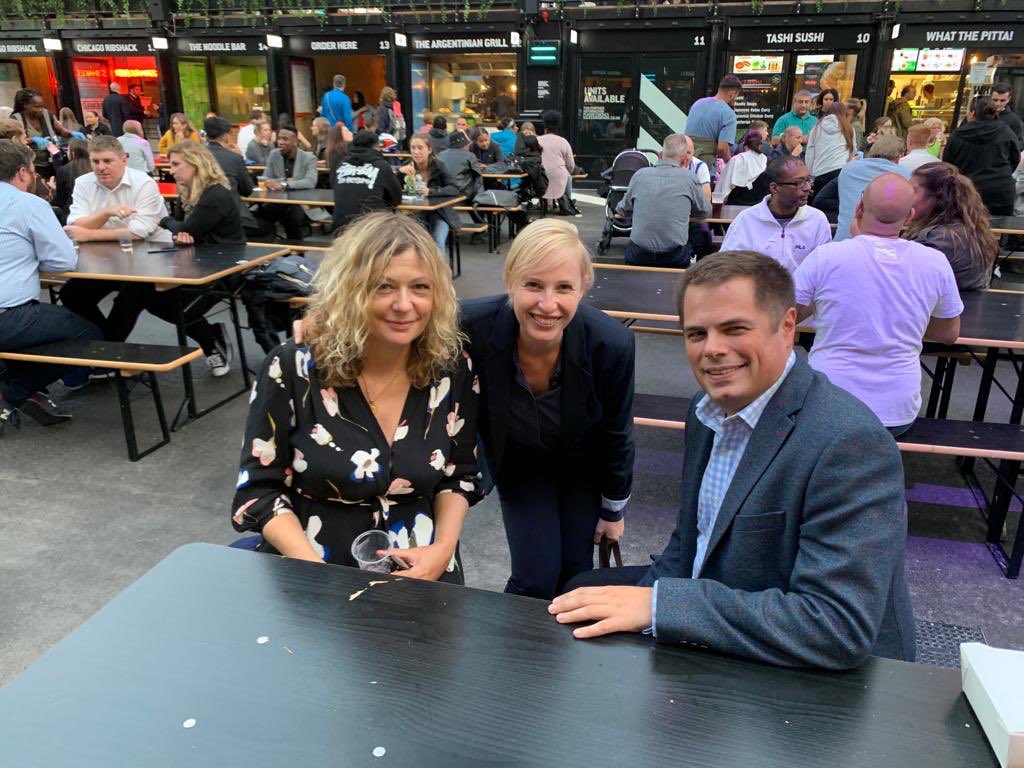 Croydon Liberal Democrats have announced their candidates for the Croydon North, Croydon Central and Croydon South constituencies in the forthcoming General Election.

In Croydon North, Claire Bonham will stand against Steve Reed, the current Labour MP who has held the seat since the by-election in 2012.

Claire Bonham said “Croydon North has voted strongly Labour for many years both at local and national level - but on the doorsteps we're hearing that people feel that Labour are taking them for granted. The Lib Dems offer a real alternative to Labour, with a firm commitment to stop Brexit. We have shown that we can do well enough to make Labour listen - we came a close second in the European elections in May. In 2018 I stood as the Lib Dem local council candidate in Crystal Palace and Upper Norwood, beating the Tories into third place.”

Claire has lived in Crystal Palace since 2013 and has become well known as a champion for local issues. Claire works in a national role for The Salvation Army, and in her spare time volunteers to support victims of human trafficking and sings with a London-based choir.

In Croydon Central, Simon Sprague has been chosen to stand against the current Labour MP Sarah Jones, who has held the seat since 2017.  Whilst Sarah Jones has been a hard-working constituency MP, she is also a supporter of Jeremy Corbyn's, whose indecision on Brexit and extreme left-wing policy platform would be damaging for Croydon residents.

Simon Sprague said “Labour and the Tories have for many years seen Croydon Central as a key battleground to be fought over, but we're hearing from a lot of disaffected voters concerned by the directions that their traditional parties have taken, looking to us to provide an alternative. I am encouraged that we beat both parties in the constituency back in May, and am fired up ready to campaign to stop Brexit, fight the climate emergency and properly fund our schools and hospitals."

Originally from West Wickham, Simon has lived in the centre of Croydon since 2014. Having trained as a research scientist, Simon now works in pharma manufacturing and travels to factories across Europe to improve the manufacturing processes of life-saving medicines. In his spare time, Simon likes to cook and walk long-distance paths.

In Croydon South, Lib Dem Candidate Anna Jones will face existing Conservative MP Chris Philp. Chris Philp has been a fervent supporter of Boris Johnson's No Deal approach to Brexit despite the constituency supporting remain in 2016.

Anna Jones said “Croydon could lose more than 3,000 jobs in the event of a No Deal, and every resident will be affected by the short and long term damage to the economy, yet Chris Philp seems only worried about protecting his own job. Croydon South needs a strong voice prepared and willing to challenge the Tory shambles and campaign to stop Brexit.”

Anna is a trained HR professional who has run her own business, and a former councillor in Epsom, where she fiercely opposed bad planning applications and worked hard for the local community.

Find out more about the three candidates here.