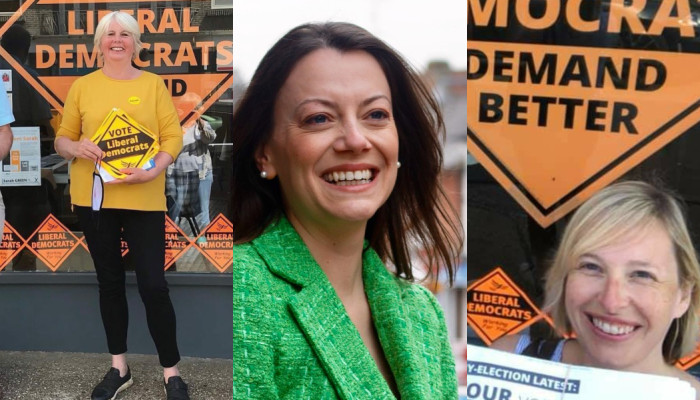 “This result has caused a shockwave through British politics as we know it. The Conservatives in the blue wall are not just on notice that have been shaken to their foundations with this by-election loss.

“Liberal Democrats showed in Chesham and Amersham that residents are fed up of being taken for granted by Boris Johnson's Conservative government and voted for a fairer, greener and more caring vision.

“This is a historic moment in British politics, it is an utterly devastating result for the Conservatives and a huge triumph for the Liberal Democrats, we’re delighted to welcome our new, and 12th MP, Sarah Green to Parliament.”

"This is a huge victory for the Liberal Democrats and it was great to see campaigners from Croydon helping in the weeks and months leading up to polling day.

"We were told it was impossible for any party to beat the Tories here in Buckinghamshire. We were told this seat was too safe and the Tories too strong. This Liberal Democrat win has proved them utterly wrong.

"This amazing win will strengthen our fight to safeguard our precious natural environment and build a fairer, greener, more caring country."